A Protest Rally againts the killings of 110 Shia Hazara Momineen at Alamdaar Chowk in Quetta Pakistan on the occasion of the death anniversary of Rasool e Mukarram e Islam Hazrat Mohammad Mustafa s.a.w .. by the Yazidi Forces like Lashkar e Janghvi, al-qaida ,Talibaan etc . .....Under the banner of Anjuman Jamiatul Uama Asna Asharia Islmamia School Kargil under the leadership of Naib Imam-e-Juma Wal Jaamat, Hujjatul Islam Wal Muslameen Sheikh Mohammad Hussain Muqadas., organised by Youth Wing Islamia School Kargil in which All groups of the Society joined the demonstration in the Border Town of Kargil. Protestors chanted slogans against the Government of Pakistan, blaming the government of Pakistan for failing to provide security to the Minorities whether it is Hindus, Sikhs, and Other Sectors of Islam Particularly Shias across the country as targeted killings have not stopped.Talking on this occasion Member Youth Wing Islamia School Kargil Murtaza Khalili told that the target killings by the so called Islamic groups like Taliban-e-Pakistan, Laskarae Jhangvi, Sipahae Sahaba etc has to be stopped immediately and condemned these killings in strong words and termed the Pakistan Government incapable of securing the life of Minorities. Quoting sources Khalili told that after 1980 more than 50,000 people were killed by these groups by target killing and told that it was shameful with the begging of new year nd on the death anniversary of the Holy Prophet 180 minorities were killed in yet another target killing in Quetta. He also requested the so called human watch organizations to look into these killings of innocent people in Pakistan. The Imam-e-Juma Wal Jaamat, Hujjatul Islam Wal Muslameen Sheikh Mohammad Hussain Muqaddas while addressing to the gathering told that, the killing of Shias in Pakistan has sparked international outrage, with rights groups and regional countries expressing concern over the ongoing carnage. Still, those behind the violence are rarely caught or punished. He requested the Government of India to pressurize on the Government of Pakistan and also to raise the issue of Minority killings in Pakistan by the Terrorist groups and force the Pakistan government to ban these terrorist organization active in Pakistan. 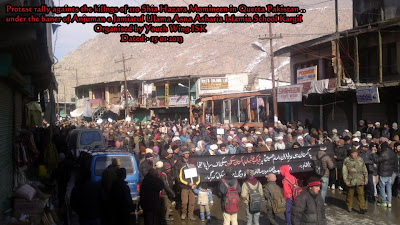 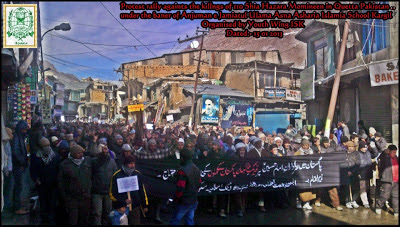 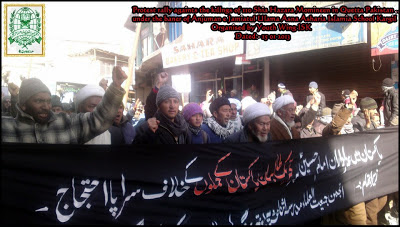 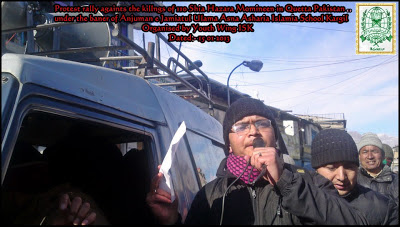 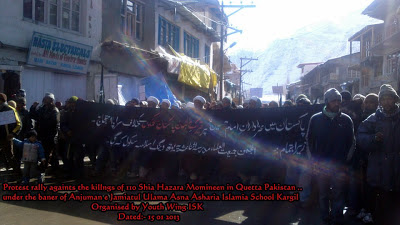 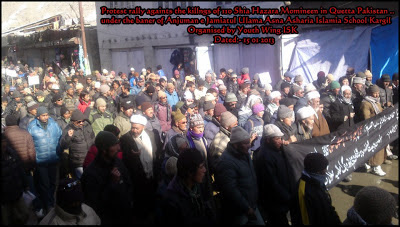 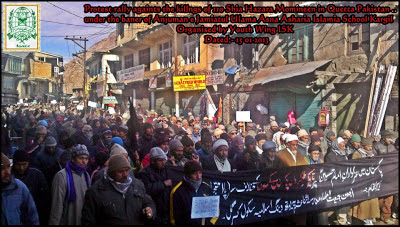 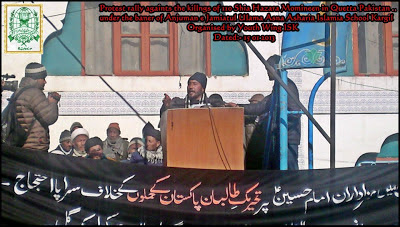 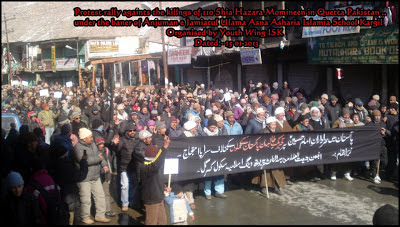 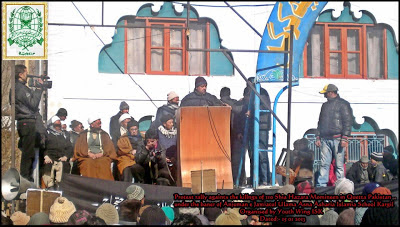 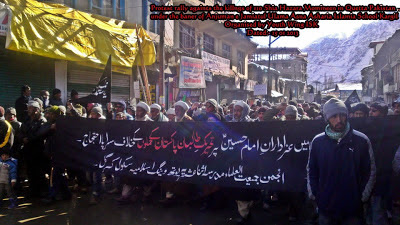 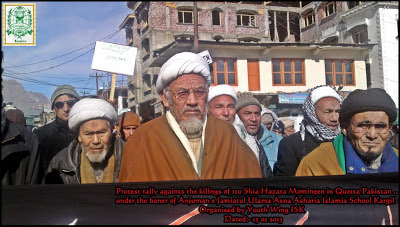 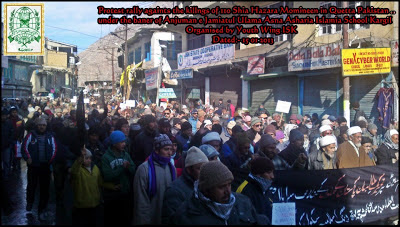 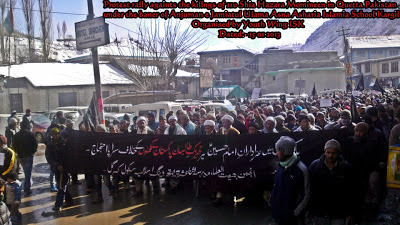 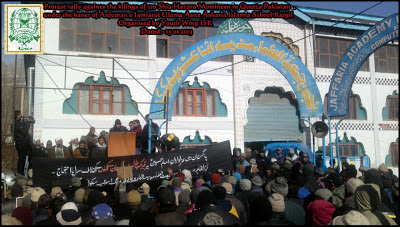 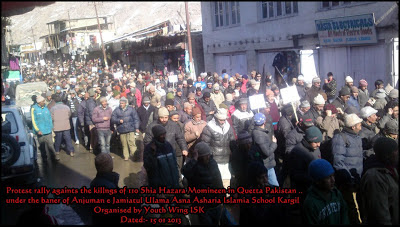 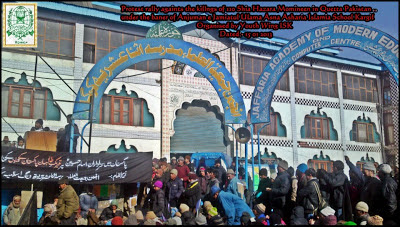