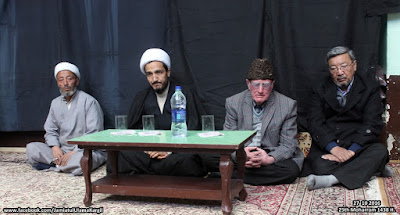 To pay tribute to the martyrs of Karbala, a multi-lingual Hussaini Mushaira was organised by Dabistan Adab Islamia School Kargil and Jammu and Kashmir Academy of Art, Culture and Languages on the Martyrdom Anniversary of Imam Zainul Abideen Ibnal Hussain a.s .

The Muhsaira was begin after Majlis e Aza which was presided by president Anjuman Jamiatul Ulama Asna Asharia Islamia School Sheikh Nazir-ul-Mehdi Mohammadi while former Deputy Commissioner Kargil and noted writer and poet Kacho Asfandiyar Khan was the guest of honour.
More than 10 poets presented their poetry in Purgi, Shina, Balti and Urdu languages . The poets paid rich tributes to the Grandson of Prophet (SAW) Imam Hussain (AS) and his companions who were martyred in Karbala. 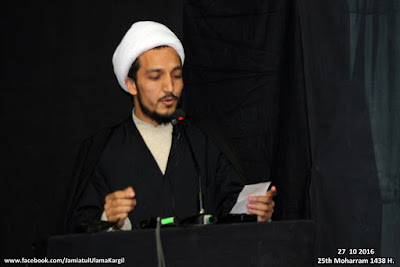 Speaking on the occasion Shiekh Nazirul Mehdi said that the lessons of humanity which we received from Imam Hussein (AS) must spread all over the world. He said, “The message of Imam Hussein is for entire humanity and we should try to convey it to the world through different means.”
Photo : Media Cell ISK 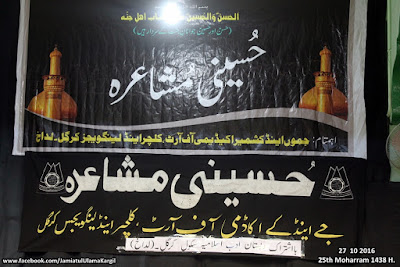 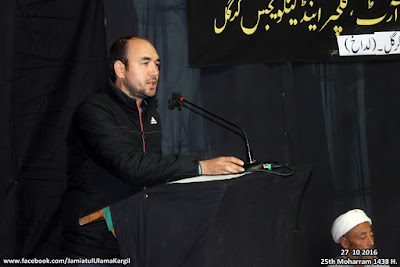 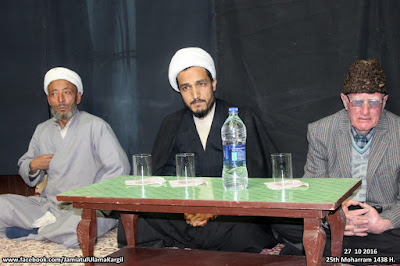 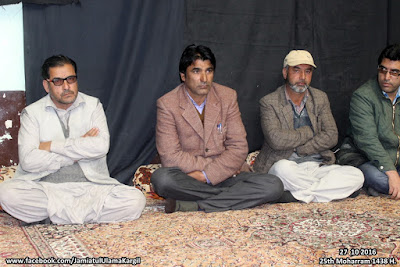 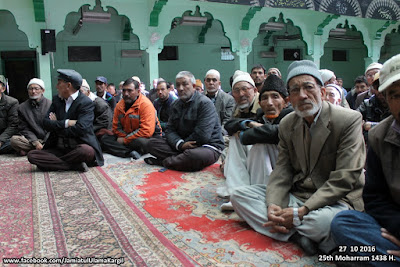 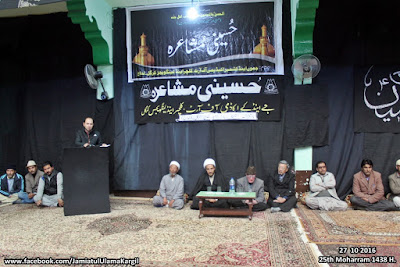 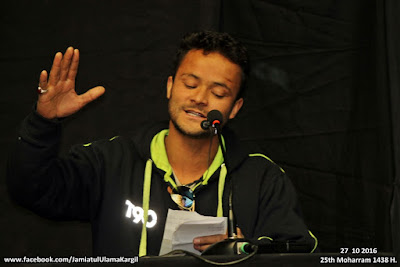 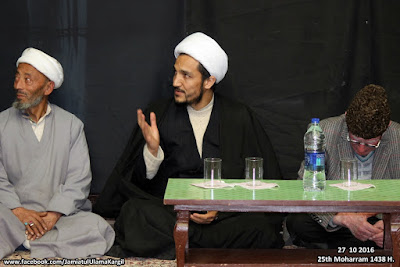 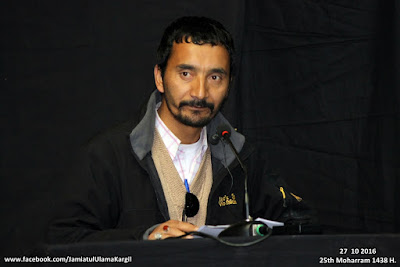 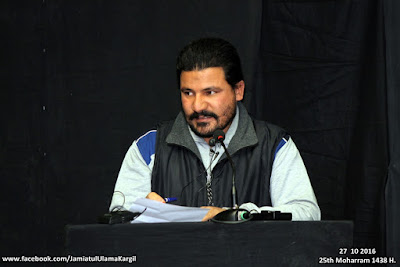 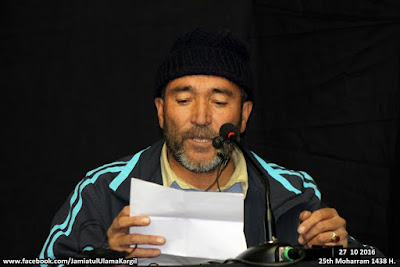 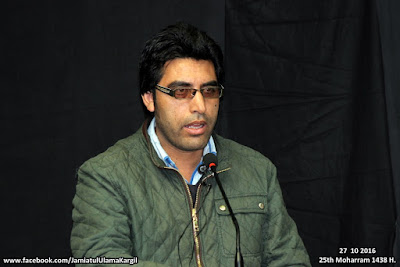 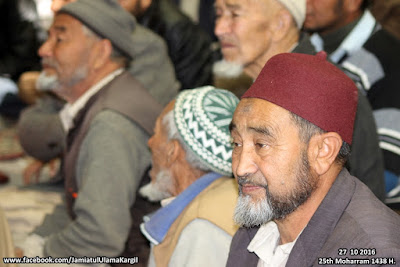 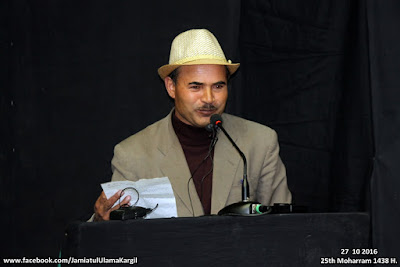 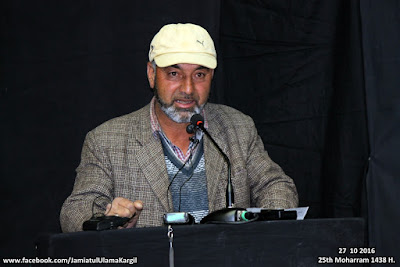 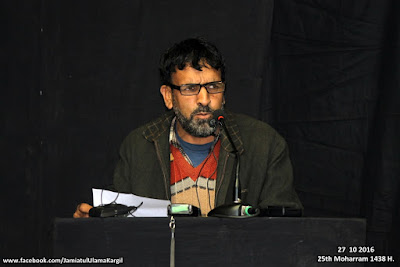 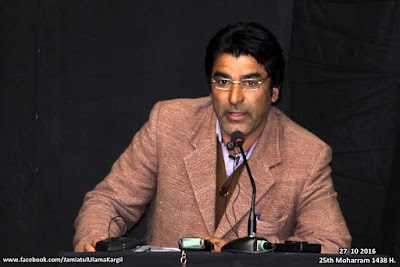 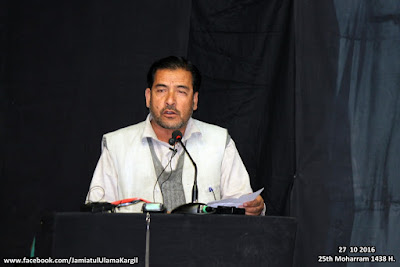 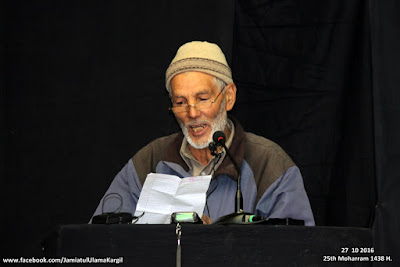 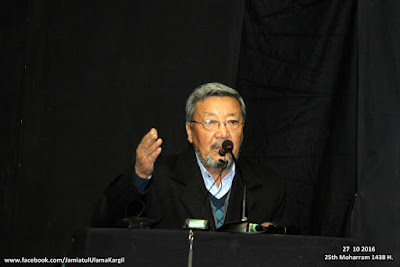 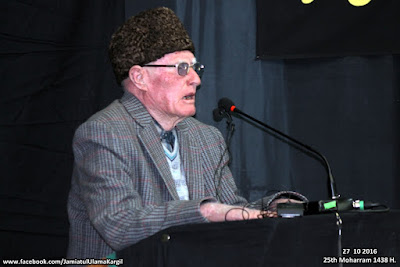 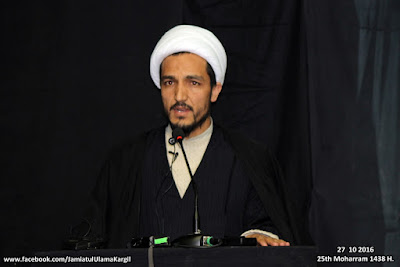 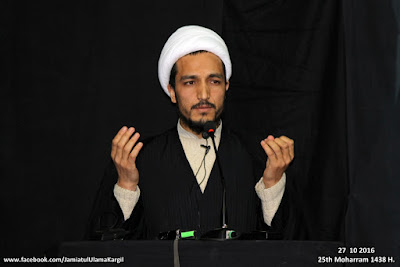