Ashura Processions in Kargil
Despite Chilling temperature of Minimum -12 degree


Kargil: On the 16th of December 2010 in Kargil the Mourning Processions from Different Villages of Kargil started in the morning towards Kargil Town. The mourning Processions passing through Anjuman Jaimat-ul-Ulama Madrasa Isna Ashriya (Islamia School) Kargil and from the main Bazar Kargil Town concluded at Qatilgah Hussaini (Inqilab Maqnzil). As in Kargil the moon of the Month of Muharam 1432 had been seen one day earlier from thr rest of the world excluding Iran and the same has been announced by the Anjuman Jaimat-ul-Ulama Madrasa Isna Ashriya (Islamia School) Kargil and due to this the Ashura has been observed one day earlier from the rest of the world excluding Iran.
On this occasion tens of processions with thousands of people from various villages of the district were seen  reciting nuhas, doing sena zani and matam e zanjir with full religious fervour and zeal despite of the bone cooling temperature which goes to minimum -12 to -14 degree. On this occasion the Zearat-e-Ashura has been performed by the President Anjuman Jaimat-ul-Ulama Madrasa Isna Ashriya (Islamia School) Kargil Hujjat-ul-Islam Sheikh Ahmad Mohammadi.
In the last Hujjat-ul-Islam Sheikh Ahmad Mohammadi prayed for the peace and harmony and the unity of the muslim ummah (Itihad-ul-Muslimeen). He also condemned the Bomb Blast attack on a religious Procession in Iran at Imam Hussain Masjid during Muharam. 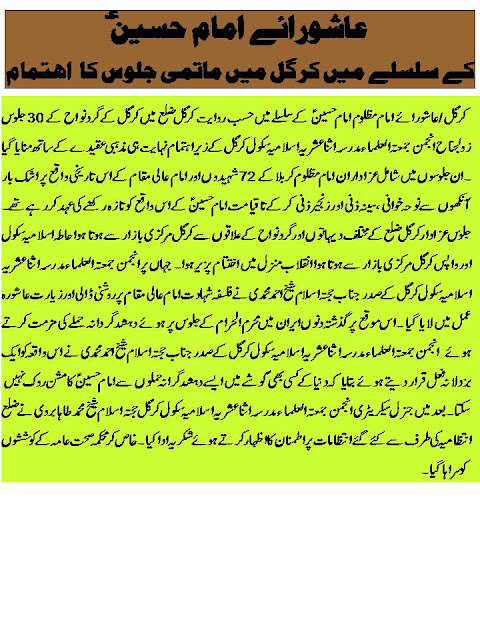 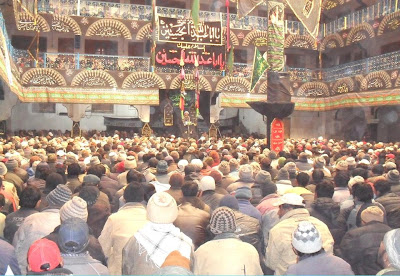 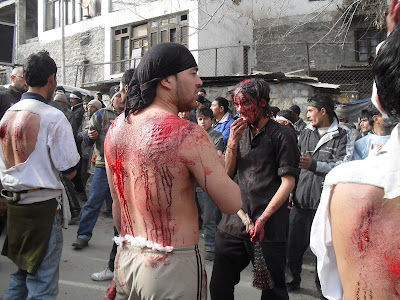 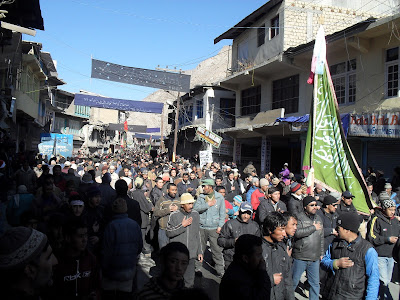 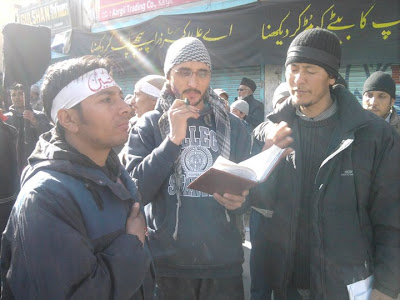