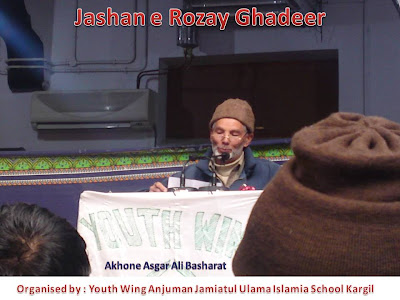 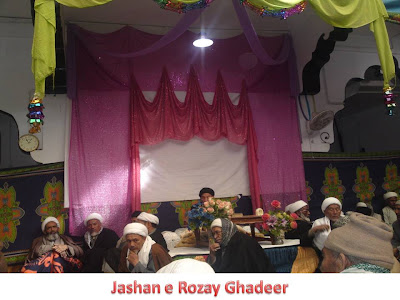 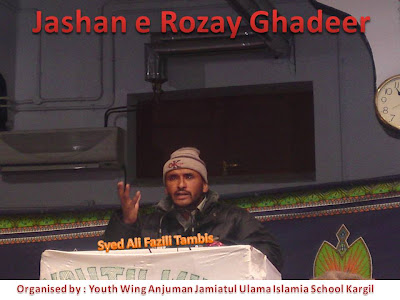 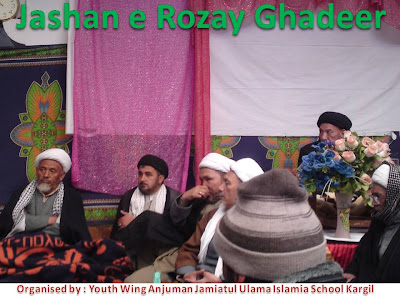 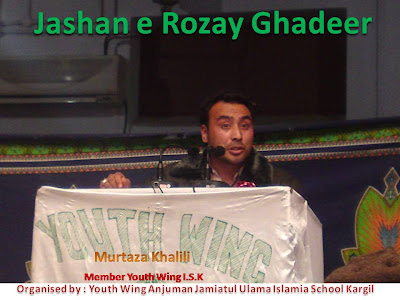 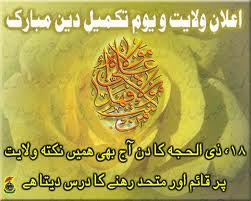 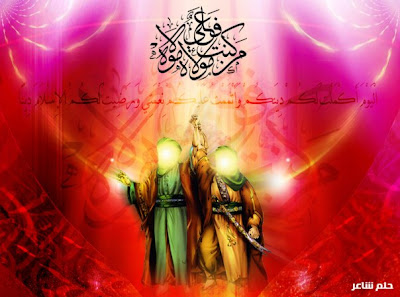 
Ten years after the migration (hijrah) the messenger of Allah s.a.w.w ordered to his close followers to call the people in different places to join him in his last pilgrimage .On this pilgrimage he taught them how to perform the pilgrimage in a correct and unified form.


This was the first time that the Muslims with this magnitude gathered in one place in presence of their leader , the messenger of Allah s.a.w.w . On his way to Makkah, more then seventy thousand people followed  Prophet s.a.w.w . On the fourth day of Dhu'l Hijjah more then one hundred thousand Muslims had entered Makkah.

After completing his last pilgrimage ( Hojjatul- Wada') Prophet s.a.w.w leaving Makkah toward Madinah , where he and the crowd of people reached a place called Ghadir Khumm ( which is close to today's al-juhfah). It was a place where people from different provinces used to greet each other before taking different routes for their homes.


Revelation of Qur'nic Verse 5:67
In this place , the follwing verse of the Qur'an was revealed :
"O Apostle! Deliver what has been sent down to you from your Lord; and if you don't do it, you have not delivered His message (at all); and Allah will protect you from the people....." (Qur'an 5:67)

The last sentence in the above verse indicates that the Prophet s.a.w.w was mindful of the reaction of his people in delivering that message but Allah informs him not to worry , for he will protect His messenger from peolple.


The Sermon
Upon receiving the verse, the Prophet s.a.w.w stopped on that place ( the pond of Khumm) which was extremely hot. then he sent for all people who have been ahead in the way, to come back and waited until all pilgrims who fell behind , arrived and gathered . He ordered Salman (r) to use rocks and camel toolings to make a pulpit ( minbar) so he could make his announcement . It was around noon time in the firsts of the fall, and due to the extreme heat in that valley, people were wrapping their robes around their feet and legs, and were sitting around the pulpit, on the hot rocks.
On this day the messenger of Allah s.a.w.w ) spent approximately five hours in this place , three hours of which he was on the pulpit. He recited nearly one hundred verses from the Glorious Qur'an and for seventy three times reminded and warned people of their deeds and future. Then he gave them a long speech.
The messenger of Allah declared .
It seems the time approached when i shall be called away ( by Allah) and i shall answer that call. I am leaving for you two precious things and if you will never go astray after me. They are the book of Allah and my Progeny, that is my Ahlul bayt . The two shall never separate from each other until they come to me by the pool (of Paradise). "
Then the messenger of allah continued .
" Do I not have more right over the believers than what they have over themselves ?"
People cried and answered:
"Yes, O' Messenger of God."
Then follwed the key sentence denting of ' Ali as the leader of the Muslim Ummah. The Prophet s.a.w.w  held up the hand of ' ALI and said :
"For whoever  I am his Leader (Maula) 'Ali is his Leader(moula)."
In some narrations the word used was wali rather than maula- with the same implication.

The Prophet s.a.w.w continued :
"O' God love those who love him , and be hostile to those who are hostile to him."
Immediately after the Prophet finished his speech , the following verse of the Qura'n was revealed:
" Today i have perfected your religion and completed my favour upon you, and i was satisfied that islam be your religion." (Qura'n 5:3)
After his speech the Messenger of Allah s.s.w.w. asked everybody to give the oath of allegiance to 'Ali a.s and congratulate him. Among those who did so was Umar bin  al Khattab, who said:
"well done Ibn Abi Talib Today you became the Leader (MOULA) of all believing men and women."